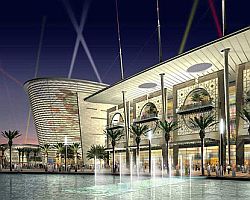 The Largest, Indoor Shopping Malls in Asia. Shopping centers are a great attraction for consumers. Both in Asia and around the world. The very first indoor mall was called Southdale. It was located in Minnesota, USA. In the 1980 giant mega-malls were developed. In Europe, shopping centers began mushrooming. That trend started more than 20 years ago. Today they have increasingly come to dominate the retail scene

We are not quite sure right now. When and where did the first large mall develop in Asia? We are trying to find out. We do know though. The first centers sprang up because of the growing demand of luxury goods. Especially from the emerging Asian middle class. Famous western brand names were virtually unknown in Asia.  So after 1985 international brands were forced to open up shop here

Today. Most of the largest malls are now located in Asian countries. Let’s take a look at some of them. We list in country first. And then city alphabetical order. These malls are all in the top fifty list of the largest worldwide

Asian Fashion Cloting, Wholesale and Retail. This is our  BLOG for both Asian and ASEAN designer, Clothing and Fashion Information