Fashion Clothing in Asia Including ASEAN. What is the Asian Fashion Design and Clothing Style? Every culture has its own beliefs, value, and attitudes. Reflected in the design of its products, and services. What words would you use to describe to Asian clothing design, e.i. Japanese, Chinese, Korean, or Indian, etc.? Asia is the largest of the seven continents. With nearly four billion people in forty-eight countries representing thousands of distinct cultures. Many apparel insiders considers three countries to be most influential in clothing design today. They are Japan, North Korea, and China. However, several other Asian countries are now moving on and establishing their own voice in clothes designing. They have been successfully manufacturing centers for decades. Today, they are now merging the best of Western philosophy with their own unique style. You can find more information about Asian Clothing countries. And about ASEAN Fashion nations, (South East Asia), just follow the links. So what design and clothing style does Asian consumers mostly prefer? People of Asia tend not to like too dark colors, they prefer very bright colors. The women here really like feminine touches, and especially the Chinese, like lace and frills and ruffles. Other Western trends, like the military look, you won’t see much of in adults here, we guess, that we already see too much of military style in other areas of life. All kind of denim is very popular. From shirts to jackets and, of course, jeans. The Japanese suppliers are already regarded as the leaders for high-apparel denim. Southeast Asia’s clothing scene presents a varied mix. Singapore offers the hottest products, while Indonesia is on the cutting edge of Islamic designs. Malaysian and Thai fashion are quickly expanding into international wardrobes, while Cambodia, Philippines, and Vietnam’s fledgling textile and dress scenes are also gaining attention around the globe. Brunei designers are just coming into the limelight, while Lao’s fclothes leans towards traditional wear, its young designers are beginning to make their mark. Meanwhile, Myanmar fashion mostly focuses on traditional styles.

Fashion Associations in Asia and ASEAN and Globally 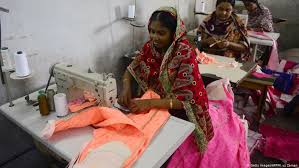 Learn more about Fashion Clothing in Asia and the Middle East