Middle East Apparel Designer and Clothes Brand. Arab fashion has diversified in recent years and where initially the region focused on occasion wear, now, designers are flourishing in every category, from streetwear to swimwear. The Middle East is presenting itself as a major opportunity for local fashion brands. Arab designers have their own perspectives, informed by a proud yet sometimes insular culture that has only fairly recently opened itself up to reinterpretation and experimentation. This is an idea that excites not only industry insiders, but the market itself. A growing interest in modest wear is also fuelling the market for Middle Eastern contemporary designers. Young customers, in particular, are seeking out clothing that shows they are proud of their roots, reflecting an increase in global awareness around Islamic traditions and cultures. Millennials want to wear something that speaks to where they come from.

The Middle East and their Young Arab Designers 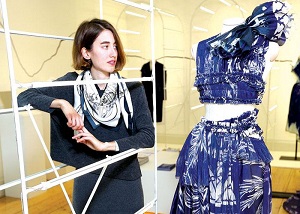 The Middle East is a huge and diverse region, where each country has its own distinct set of traditions, beliefs, and norms. For example, in UAE, there is more of an acceptance of liberal ideas and values due to the large ex-pat community living there who represent about 88% of the population. This is in stark contrast to countries like Saudi Arabia where religious conservatism is prominent and still controls exposure to, and acceptance of ideas from the West. Local Middle Eastern brands working in this region mostly know that a single strategy may not be effective across all of these countries and a hyper-local approach may be more pertinent to truly engage consumers in a culturally-relevant way. Also, Arab fashion brands must work on developing a strong multichannel strategy in this region to remain relevant. 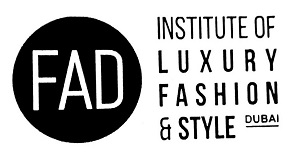 FAD Institute of Luxury Fashion & Style Dubai excels in delivering world-class professional training in Luxury, Fashion & Style in the Middle East & contributes to the greater vision of UAE to rise as a global industry epicenter in Fashion & Luxury. Every quarter, FAD brings together local and international students to experience industry tutored courses that provide the platform for emerging talents to connect, learn, and engage with the ever-evolving fashion industry in Dubai. FAD has partnered with Vogue Italia, Dubai Design & Fashion Council, Fashion Scout during London Fashion Week, and other industry platforms and partners to propel various creative initiatives to support emerging talents. The FAD Dubai Campus is based at the Dubai Knowledge Park (DKP). Designed to inspire individuality, the minimalist all-white interior plays a perfect setting for the creative fraternity. The FAD Fashion Institute in Dubai also receives students & industry professionals from across the globe, providing a multicultural environment to learn, engage & network.

Learn more about fashion and clothing market in these thirteen countries located in the Middle East: